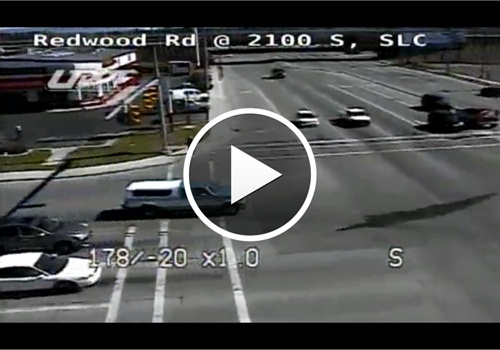 A high-speed pursuit began after a man found a burglar in his home and chased the suspect, and the suspect fled from both the homeowner and multiple police departments before being apprehended.

Police said the suspect rammed police cars and tried to run at least one officer over while fleeing, and they also said the man was throwing what they believed to be stolen property from the truck as he drove, reported Fox-TV 13

The video shows the chase from multiple angles as police pursue what appears to be an older model pickup truck with some kind of camper shell on the back.

Police said units from the West Valley City Police Department were able to use spikes to disable the truck.

The truck eventually stopped in the parking lot of a dollar store and the suspect attempted to flee on foot. He was apprehended after jumping over a wall.