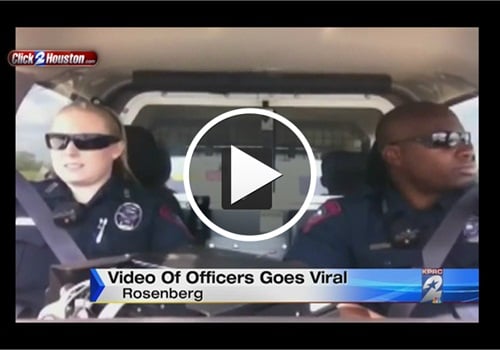 The video is the department's latest attempt to humanize its officers. The video shows officers Aerial Ronell and Ranell Roy in a patrol car lip synching to Katy Perry's smash hit "Dark Horse."

"We actually want to be able to show people that we're just people, just like everybody else," Officer Ronell told Click2Houston.com.

"The message is that we're not the enemy, we're the friends of the community," said Roy.

The video is all the buzz on social media, becoming an instant sensation the moment Rosenberg police posted it on the department's Facebook page, getting more than 4.5 million views and counting. It's also been shared more than 24,000 times.