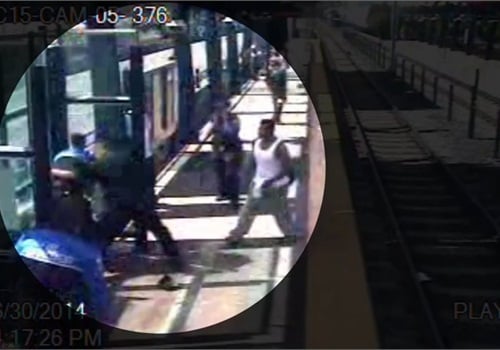 The 23-year-old who was shot was identified by the King County Medical Examiner’s Office as Oscar Perez-Giron, the Seattle Times reports.

The video of the June 30 incident shows (starting at about the 3:40 mark)  Giron struggling with a deputy and a fare-enforcement officer for several seconds. From the camera angle, it can be difficult to spot, but police say Giron pulls a gun and points it at the deputy’s head.  The deputy continues to struggle with Giron before opening fire and fatally wounding him. Moments later, a second man, Mario Parra  — who is also identified as Mario Parra Cetina — can be seen coming toward the deputy from behind before the deputy levels his gun at him. The video ends there.

Police say they later found a stolen gun and ammunition in Parra’s backpack.