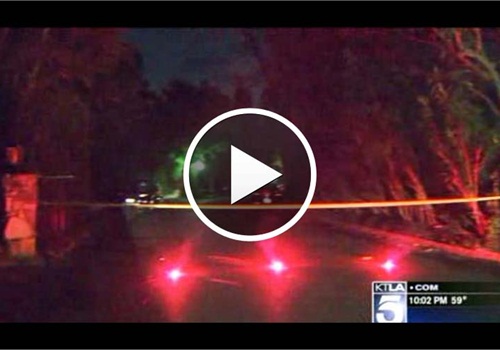 An investigation was underway Sunday into an officer-involved shooting in which a 75-year-old man was killed at a residence in the upscale Los Angeles neighborhood of Bel-Air, KTLA TV reports.

Officers arrived at the scene after receiving a call from a utility worker in the neighborhood reporting a man with a gun, police said in a news conference.

“A gas company employee was responding to what we believe was a call of a gas leak in the area,” said Los Angeles police Det. Gus Villanueva. The worker “encountered that same resident, who pointed a handgun at him.”

When officers arrived, they discovered the man standing on the balcony of his home, holding a shotgun. Feeling that their lives were in danger, the officers opened fire on the man, killing him instantly, officials said.

The resident’s name was not released by authorities, but neighbors identified him as Bob Bandler and described him as “a fairly crazy guy.”