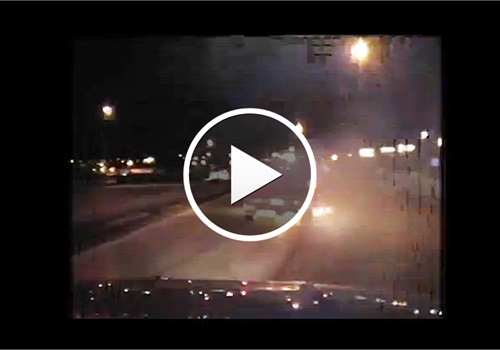 A high-speed chase through two central Iowa counties early Friday morning began with the alleged theft of tweezers and an eyebrow pencil and ended when the fleeing vehicle burst into flames, the Des Moines Register reports.

No one was injured during the 45-minute pursuit, which resulted in the arrests of two people. Officials said they believed the suspects had committed a more serious crime when they began the pursuit.

“The way they took off, the way they were driving, we didn’t know if there was a wanted person in the vehicle or if something else was going on,” Pleasant Hill Police Officer Adam Choat said. “Once we got them stopped and found out what was taken from the store, it seemed pretty minor.”