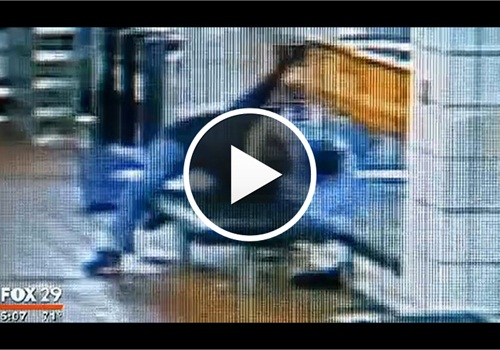 About 40 onlookers watched a fare jumper assault a SEPTA transit officer last week, and one woman recorded the fight on her cell phone rather than calling 9-1-1.

The assault was also captured on video surveillance cameras at the Cecil B. Moore station near Temple University. SEPTA Police Chief Thomas Nestel told Fox News he was horrified by the incident. "I'm frightened for my cops," he said.

Officer Samuel Washington responded to a ticket booth operator's call after spotting a man suspected of a ticket scam. The officer spotted the man, who tackled the officer and forced him behind a station bench. The man assaulted the officer who was trapped behind the bench.

During an interview with a Philly.com columnist, Chief Nestel said the public "needs to know that we need their help."