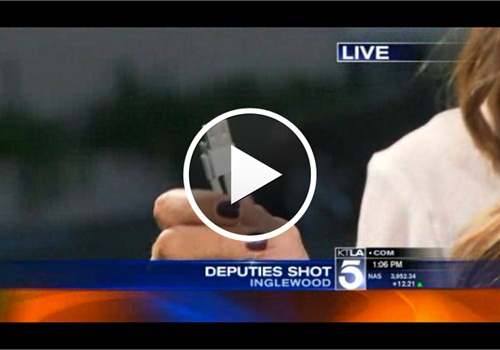 Two Los Angeles County Sheriff's Department deputies were shot and wounded by a suspect during a routine traffic stop early Tuesday morning -- and one was saved from serious harm by a cellphone charger in her pocket, authorities said.

Sheriff’s Lt. Mike Rosson told the Los Angeles Times at the scene that he’d heard of small objects blocking bullets before, “but something that small is nothing short of a miracle.”

Sheriff Lee Baca told KTLA: “One deputy – the female deputy – was shot in the hip. Fortunately, the round hit her phone charger and did not embed in her body but it did embed in the charger.”

The charger’s deflection of the bullet was called a “miracle” in a tweet sent mid-morning by the sheriff’s department.

Both deputies were treated and released from local hospitals, the TV station reported. The male suspect was killed by return fire from the deputies in the incident around midnight.