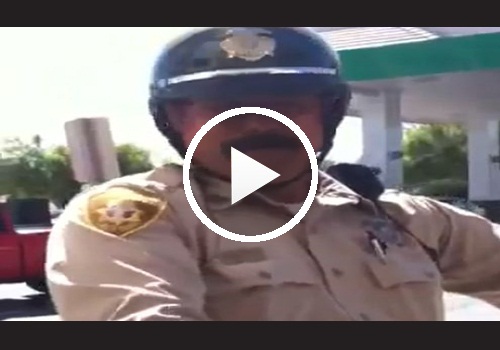 A 12-year-old boy's questioning of a Las Vegas Metro Police officer went viral this week, when he posted a YouTube video of the encounter.

In the video clip, Jeremy Drew can be seen questioning the unidentified officer, who had illegally parked his police motorcycle on a sidewalk to purchase a drink, reports Fox News.

As the officer approached his cycle, Drew began his line of questioning while filming.

"Is there a reason for you to park on the sidewalk?" Drew asked. "Is it like an emergency or anything?"

Drew asks the officer for his badge number several times. At one point, the officer asks Drew, "Are you a junior lawyer?" The officer gets on his bike and rides away.