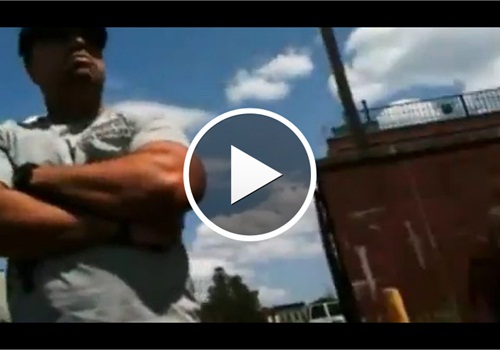 A man arrested outside a New York City police station claims he was falsely arrested for taking photos and filming officers coming and going in their personal vehicles.

Shawn Randall Thomas, 47, filmed officers and took photos for about an hour near a driveway leading into the station in the Bushwick neighborhood of Brooklyn.

A plainclothes officer who identified himself as Officer Soto approached Thomas and asked him why he was taking pictures. The officer said the activity was worrisome because Thomas could be "a terrorist taking pictures so you can figure out where you're going to put a bomb."

Thomas has filed a complaint with the Brooklyn District Attorney's Civil Rights Bureau claiming he had been harassed by the officer, reports DNA Info.