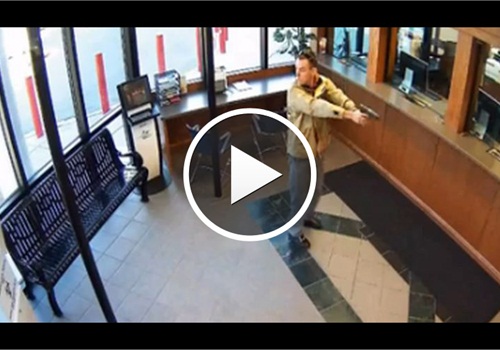 The Salt Lake County District Attorney's Office has cleared a West Valley City (Utah) Police sergeant who shot and wounded a sex offender after he pointed a Ruger pistol at agency personnel in the station lobby in April.

The incident began at 8:30 a.m. April 29, when James Ramsey Kammeyer, 39, walked into the station's lobby and asked Officer Scott Arnold, who was working the front desk, to come out behind an enclosed area to speak with him.

Kammeyer was acting fidgety and nervous, Arnold told investigators. Kammeyer also said he needed to speak with Arnold "in private." Officer Arnold and a civilian records clerk then called several veteran officers for assistance. When those officers arrived, Kammeyer pointed gun a Ruger pistol at them.

Sgt. Conger and Sgt. Chad Evans then opened a door leading to the lobby from a stairwell and saw Kammeyer pointing the pistol at him. Through a crack in the door, Sgt. Conger fired several shots, striking Kammeyer in the arm. Other officers took Kammeyer into custody after he fell. Investigators later learned that the Ruger was unloaded.

Kammeyer's wife told investigators he wanted someone to kill him "because he didn't have the guts to do it himself," reports the Salt Lake City Tribune.

He is facing third-degree felonies of threat of terrorism, three counts of aggravated assault and use of a firearm by a restricted person. He also has been charged federally with possessing child pornography.

Several video surveillance cameras in the station captured the encounter; the agency released a 51-minute clip that ends before the officer-involved shooting.