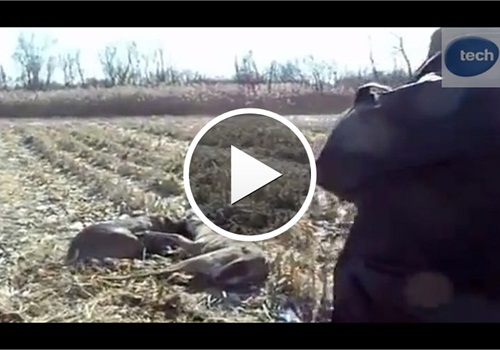 Police used a handgun to blast apart the antlers of two tangled bucks that were unable to separate themselves after a bitter duel.

Footage shows Illinois police taking aim three times at the duo, which they feared would otherwise die from starvation if they were not split up.

After the fourth shot, the antler finally breaks and the pair runs off into the wild—one of the animals wobbling and with a limp.

The unnamed trio of cops—an Illinois Conservation Police officer, a state trooper and a Will County Forest Preserve officer—are then heard talking about having to put the animal down.