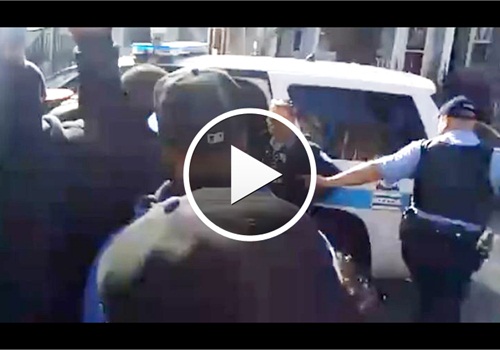 Two Chicago Police officers may lose their jobs after an online gang video showed them detaining a subject. They have been accused of unlawfully detaining the gang member and lying about it to Internal Affairs.

The Chicago Police Board on Thursday evening is expected to decide the fate of officers Susana La Casa, 49, and Luis Contreras, 44. Police Supt. Garry McCarthy has recommended they be fired.

The 90-second video came to light in 2011 when WBEZ spotted it online. The officers have said they simply tried to give Miguel "Mikey" Castillo a ride home.