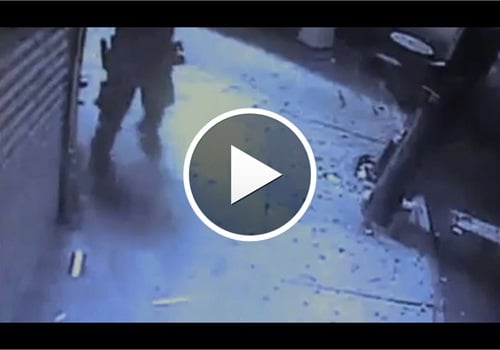 Reynaldo Cuevas, 20, was fatally show by an officer about 1:50 a.m. Friday outside the Aneurys Deli Grocery in the Bronx.

In the footage, Cuevas is seen running out of the store behind the store manager. Cuevas then runs full speed into Officer Ramysh Bangali, who had his gun drawn. Officer Bangali, a seven-year veteran, has been placed on administrative leave.