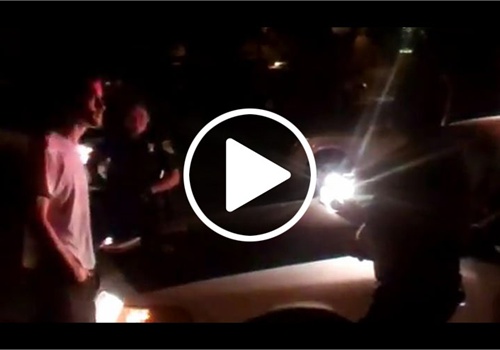 A video chronicler of protest activities has been found guilty by a jury of interfering with Des Moines (Iowa) Police officers during an investigation. The incident was captured on video.

Justin Norman, 28, was arrested in front of his own home in July, after police stopped Kirk Brown, who was driving Norman home, for having an open trunk.

In video of the incident, officers tell Norman to step back. Norman ignored those instructions. Also, Brown is seen goading police, telling one officer, "You are the f**king criminals around here ... You're the one with the gun."

Video footage, recorded first by Norman's roommate Todd Razor and then by Norman himself, also shows Norman handcuffed and placed in a squad car.