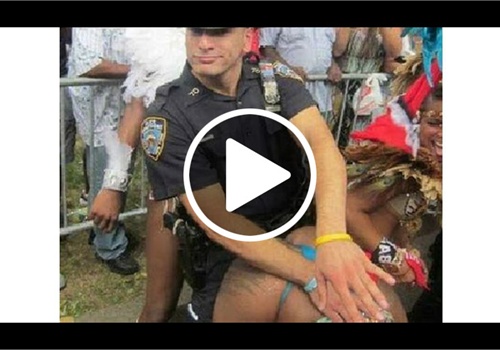 The NYPD's top cop said he wished his officers hadn't participated in the revelry, but said it's not unusual for cops assigned to work the parade to get caught up in the rowdy spirit.

The officers were participating in an dance known as "daggering," which is a popular activity in the dance halls of Jamaica.