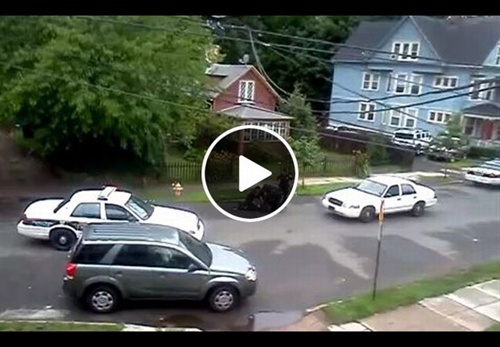 The New Haven (Conn.) Police Department has is investigating the arrest of a man whose physical arrest was captured on video by a neighborhood resident.

In the video, two officers can be seen kicking and punching a man later identified as Joseph Donaby, 31, at Blake Street, between Diamond Street and Osborn Avenue, shortly after 6 p.m. on June 23.

Officers had responded to a 911 call of shots being fired in the neighborhood. As Officers Ekrem Halim and Christopher Senior approached, they reported seing a man clad in black walking quickly on Blake Street.

Officers noticed what appeared to be a weapon in the waistband of Donaby, who ran and tried to take out a weapon that turned out to be a sawed-off .22-caliber Weatherby rifle.