} Protecting Our Students and Teachers - Training - POLICE Magazine
Close
There is nothing more precious than our children, and they deserve our protection while attending classes. The vast majority of our schools are not adequately protected from active shooters. The mass murders will continue until we get serious. There have been approximately 360 school shootings in the United States alone since 1992.

A "No Gun" sign on the doors of our schools does nothing to protect our children. On the contrary, the sign tells the criminal that no one—unless the school has an School Resource Officer—is armed.

On May 15, 1974, three Arab gunmen killed 31 children and wounded 70 in Ma'alot in northern Israel. Did Israel respond with "schools are no place for guns?" No. They implemented a 40-hour training program to arm teachers and chaperones. In a nation where terrorism is more common, how many children have been killed in schools since the program was implemented? Zero.

In northern Kentucky, we are proposing the P.O.S.T. (Protecting Our Students and Teachers) program. It's modeled on the concept used to establish the successful "armed pilot" program. It relies on volunteers who are school employees such as teachers, administrators, staff, guidance counselors, school nurses, custodians, or bus drivers.

An application is completed and the volunteer completes an interview, background check, and drug test. The participant must possess a concealed carry permit prior to attending training. The training program runs for 5 1/2 days for 47 hours.

The first part of the training is four hours in length and is conducted a couple weeks prior to the training course. The intent of this half day is to prepare the participant for training. It consists of a program brief, sensitive security information brief, firearm safety, safe storage, mindset, handgun nomenclature and function, ammunition, holsters, and methods of concealment.

Firearms qualification would be required at least semi-annually as well as a one- or two-day refresher course in the summer just prior to the beginning of the school year. The intent of this program is to serve as a starting point. Each school district is encouraged to take ownership of the program and modify it as they see fit.

A 5 percent to 10 percent participation rate would result in a successful program. The program focuses on two aspects—deterrence and immediate armed response.

Deterrence involves placing a sign on school doors that says, "This school participates in the P.O.S.T. program. Teachers and staff may be armed on this campus." That would deter most shooters, since they're seeking a body count, not a fight.

For immediate armed response, imagine an assistant principal, school nurse, guidance counselor, and three teachers in your local school carrying a concealed weapon. They may be able to interdict the shooter before he can harm our children.

Even if your school has an SRO, this would be an effective program. SROs are not always on campus. They could be sick, attending training, at lunch, conducting a "home visit" with the principal, or on the other side of campus when the shooting occurs. We must also consider that the SRO may be the first person targeted and now the active shooter has an additional weapon. The identity of the P.O.S.T. program participants would not be publicly known except with the SRO, school staff, and other program participants. The shooter would not know who is armed.

There is a saying, "When seconds count, the police are only minutes away." The 26 people murdered in Newtown, Conn., were killed in three minutes. The P.O.S.T. program is a team concept. The SRO would be aware of who is armed, and they would be trained to work together as a team to provide a layered defense like the airline industry. Dispatch would know the number of participants in each school so responding law enforcement can be notified in the case of a school shooting.

Join me in taking a stand and demand that our children are protected before the next shooting occurs. Will it be in your county? I would bet the four defenseless teachers who were murdered in Newtown while shielding their children from the killer would take a stand today, and argue that an effective tool be made available to prevent more deaths.

There are—contrary to common belief among the public and the press and the politicians—substantial successes in multi-disciplinary, multi-jurisdictional response to terrible events. But Improvements can still be made.

Implementing a successful body-worn camera program is a lot more complex than choosing your preferred vendor and slapping those cameras on the uniforms of your officers.

During ILEETA 2019, we talked about family and friends—some of whom we've said goodbye to this year. We shared tears of sorrow, hugs of support, kisses on the cheek, and moments of uproarious laughter.

Active shooter incidents can happen anywhere at any time. So it's a good idea for law enforcement officers to have the equipment and training to be ready to respond, including off duty.

Coach John Crouch of the Lab MMA Training Center in Glendale, Ariz., demonstrates how to defeat an attacker who gets you in an underarm bear hug.

In the fourth edition of Police's Defensive Tactics Training videos, the instructors at the Lab MMA Training Center in Glendale, Ariz., demonstrate strikes and counters that can be used at extremely close range in order to stop attacks and take suspects into custody.

POLICE Magazine has teamed up with The MMA Lab in Glendale, Ariz., to offer a series of training videos demonstrating defensive tactics officers may need to use. Videos feature veteran officer Ron Dorfman and instructors John Crouch and Adam Gillespey demonstrating the techniques.

As a patrol officer, you must provide the same level of service to deaf subjects that you would to others. Stay on track with our five-step guide.

A small town with a limited public safety budget can't be expected to operate at the same level as a major metropolitan department with a budget in the millions, right? This assumption may no longer be true.

Self Study Helps You Rise Up the Ranks

Many officers focus on what's important to them in their current assignment, or ask why they should take courses they will never use. If you're seeking command positions, you'll have to supervise specialties where you have limited, if any, practical working knowledge.

Be a Mentor, Not a Monster

Great mentors seem to live for the teaching moments of life. It is easy to scream at someone who makes a mistake. It takes patience to seize a mistake and turn it into a learning experience. The leader who takes you aside for a teaching moment is a real leader.

POLICE Magazine has teamed up with The MMA Lab in Glendale, Ariz., to offer a series of training videos demonstrating defensive tactics officers may need to use. 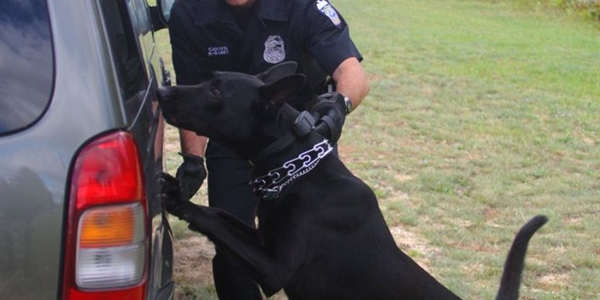 Police departments are not powered by electricity or petroleum; they run off rumor and innuendo. If you start something new and don't tell anyone, the rumor mill will create its job description.