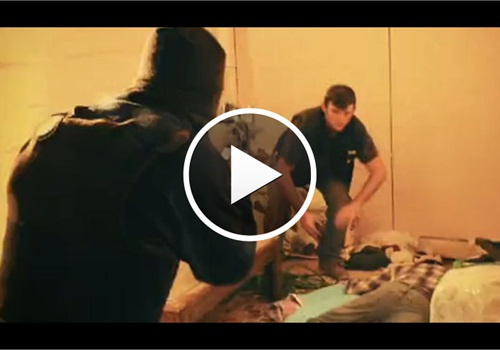 Most parents may not want to recognize this, but young people are much worldlier than any of us is willing to admit. Just think back to when you were a young teen. Did your parents treat you like you had learned a thing or two about life?

Nowadays, K-12 students know more about sex, drugs and crime than any previous generation. As a result, when well-meaning adults sugarcoat problems and speak to young people like they were toddlers, the adult lecturing is often resisted. This often-used tactic of talking down to kids about real dangers causes the young people to look at adults as unsophisticated and clueless people trying to exert control over something they don't really understand.

It's only those preventative programs aimed at at-risk youth that offer brutally honest, frank, and sometimes politically incorrect information that gets their attention. I'm no fan of scared straight prison programs, but the program is hard to ignore upon first exposure. Programs that expose young people to dead bodies lying on stainless steel slabs in the city morgue jolt some reality into the minds of wayward kids. This realism drives home the point that death or life in prison is not a fictional movie plot or video game, but the inevitable end of a life of crime and violence.

The most successful school anti-gang program in Los Angeles was developed by educators not ex-gang members. Tony Ostos' Gang Reduction Is Paramount (GRIP) program targets children as early as fourth grade, before they commit to the gang lifestyle. Real-life situations are illustrated through the use of puppets, songs, and coloring books. The program shows the many consequences that flow from an individual who chooses to become involved in drugs and gangs. It's age appropriate and doesn't dumb down its lessons. The "stay out of gangs" learning is reinforced several years later. Student tracking and statistics confirm the program works.

A graphic documentary can also leave a lasting impression on us all. A few years ago, skilled documentarian Gary "Rusty" Fleming (a friend of mine) embedded himself inside Mexico's Gulf Cartel and their enforcers known as Los Zetas. For more than a year, Fleming studied their operation. He learned how they worked, how they recruited, and how they killed. "Drug Wars: Silver or Lead" (2008)—the resulting, hard-hitting documentary—was years ahead of its time because it exposed the dangers of Mexican drug trafficking organizations on both sides of the border.

During the making of "Drug Wars," Fleming learned that the cartels were recruiting young people in the U.S. They targeted high school students with clean records who could fit into the community without drawing attention from authorities. Fleming produced a short gang and drug prevention film called "Operation Detour" (2009) that used a group of Texas high school students. Several local and federal law enforcement agencies have since utilized the documentary in their drug and gang prevention programs.

Fleming was not satisfied. The project he conceived had been experimental. He had gambled on high school students and won. He imagined a bigger and better project. He would again continue to involve students but would professionalize, expand, and enhance the story.

In 2012, Rusty wrote the basic concept and used the same group of Texas high school students to make the new documentary. The resulting documentary, "Operation Detour 2," tells the story about how easily young people, even good kids, can get seduced into the drug-trafficking world. How doing or receiving a favor from someone can hook you into the game. How drug use can subtly ensnare you and ruin your life. Unlike other professionally produced anti-drug films aimed at high school students in the past, this one isn't corny or implausible, but very frank and realistic.

"Operation Detour 2" is the bigger and better documentary, and I was fortunate enough to played a small part in its making. Actor Steven Segal, who is also a Hudspeth County (Texas) Sheriff's reserve deputy, is featured in a film that speaks to young people in their own language. It's not boring or naïve. It's strong in content but not preachy. It's not "Reefer Madness" (1936).

I highly recommend "Operation Detour 2" as an effective tool to be used as part of a comprehensive anti-drug program for teens and adolescents. If it were up to me, I would show it on a major television station. It should be seen by teens and adults.