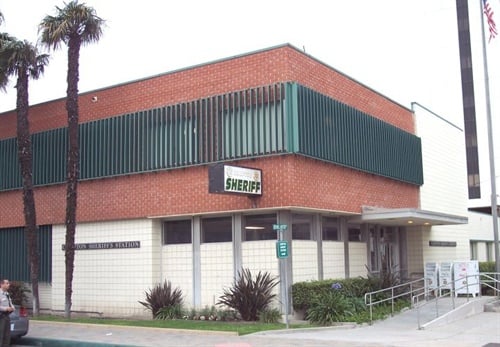 In a blog post I wrote a year ago, "Gangsters In Blue," I mentioned the strange phenomenon of law enforcement officers who look like outlaw motorcycle gang members. As distasteful as this appears, they claim it's their right.

However, if cops dressed like, acted like and rode around in low-rider cars like Crips, Bloods or Mexican Cholos, this would also be within their rights. It would not be very smart, nor would it be seen as a positive image for children to admire or emulate. Most smart officers avoid this gang-like appearance.

Like military recruiters, police recruiters have had legal attacks launched at their recruiting criteria and background checks. Restrictions of the past about an applicant's drug use, sexual habits and youthful encounters with the police have been liberalized in some jurisdictions. Background investigators asking questions about this past personal information is now sometimes taboo. To this liberalized tolerant attitude, add the pressure of departments trying to fill open positions and empty academy classes.

Just as in the military ranks, this has lead to unworthy applicants entering the law enforcement ranks. Too often, sexual predators and drug addicts have been found wearing badges. While this has always been a problem, today's "anything goes" culture and less-than-rigorous recruiting and background procedures have exacerbated the problem.

More troubling than a few addicts and perverts among us is the waving of past "minor criminal contacts" as a means of qualifying candidates who have histories of associating with criminals and gangs, or who've been in trouble with the police themselves. I'm not as smart as an FBI criminal profiler, but I've been taught that past behavior is the best predictor of future behavior.

There seems to be another phenomenon at work. Talking to other seasoned professionals working in the prison system, I've heard these same troubling observations expressed. Some law enforcement officers working in the custody facilities seem to be adapting the look, language and attitude of the inmates they supervise.

The whole gang culture seems to be creeping into regular society. Back in the 1950s and '60s, pirates were the only men who wore earrings. Crips began wearing one earring to identify them in this new and different way. Now, it's hard to find men who don't wear one or even two earrings. Gang members started the sagging baggy pants look, wore baseball caps backwards, started shaving their heads, and tattooed their bodies with prison-like emblems. Today these "styles" have been adapted by young people in all walks of life.

Because the gang-thug-look-alike has become acceptable in American society, it's no surprise that some who have adopted this look have made it into our law enforcement agencies. As disturbing as this seems, looking like a gangster or outlaw biker is not the same thing as acting like a thug.

We're supposed to be the good guys in law enforcement. We use lethal force only to preserve life of another or in self defense. Whether on or off duty, the above still applies.

The Los Angeles County Sheriff's Men's Central Jail (MCJ) houses about 5,000 of the 20,000 inmates in the LASD system. Because of the number of deputies mandated to properly supervise these inmates has grown to several hundred, the traditional method of briefing prior to beginning a shift has been eliminated. Instead mid-level supervisors must conduct mini-briefings with smaller groups during the shift. This creates difficulty in the supervisor's span of control and supervision. It also tends to create cliques and a lack of overall unity.

Working the jail isn't fun; it isn't what most deputies signed up to do. Working a radio car on the street is what most aspire to. But almost every deputy is obliged to put in his or her time working custody before hitting the streets. Most deputies spend 8 or 9 years in custody. The most aggressive deputies know that volunteering to do "ride alongs" with patrol deputies at the fastest, most active stations will likely shorten their wait to an assignment to a patrol station.

Two of the most active patrol stations in Los Angeles are Century Station and Compton Station. Because of the cliquish nature of the corrections deputies, most who rode along and desired to be assigned to Compton Station were from the 3000 Floor (third floor) of Men's Central Jail. Almost all of the deputies riding at the Century Station were from the 2000 Floor (second floor).

There's a "friendly rivalry" between these two stations. The unofficial name and station mascot for Century Station is "The Regulators." And Compton Station's unofficial name and mascot is "The Gladiators." This is a healthy and harmless morale builder if not carried to an extreme.

Unfortunately, the young jail deputies began to adapt these patrol station rivalries and infected the less seasoned MCJ deputies with this rivalry. However, they had also apparently adopted elements of the MCJ inmate's gang culture. A group of these deputies began identifying themselves as the "3000 Boys." Similarly, some of the second floor deputies took the name "2000 Boys."

In December, the department hosted an off-duty MCJ Christmas party at the Quiet Cannon Banquet Hall in Montebello near the East Los Angeles Sheriff's Station. At about 11:30 p.m., a brawl broke out between deputies attending the party. Apparently, two deputies were attacked by six deputies from the 3000 Boys clique over a perceived "disrespect" issue," according to attorneys for the two injured deputies.

Officers with the Montebello Police Department and several ELA sheriff's units responded to the 911 call from a caller at the Quiet Cannon. "Three of them held one guy down while another one beat him," the calls recount.

Female deputies were also involved and were among the most difficult to deal with, according to officers who responded. No one was arrested that night, but the sheriff's department launched a criminal and internal investigation.

To our great shame, a series of investigative reports by Los Angeles' KTLA-TV aired images of deputies flashing gang-like hand signs and "3000" tattoos. The reports also linked the group to increased complaints of police abuse of inmates on the 3000 floor of MCJ.

Michael Gennaco, an attorney with Los Angeles County's Office of Independent Review, told KTLA that the group clearly exhibits signs of the gangs they preside over. "The emulation or adoption of some of the signals of gang members is unsettling," Gennaco said.

In a Los Angeles Times article by Robert Faturechi and Andrew Blankstein, attorney Gregory Smith — who represents one of the injured deputies — blamed sloppy hiring, saying the department needed to improve background checks so deputies "don't adopt the culture of the inmates they are charged by the public to guard."

Six of the deputies involved in this fight would eventually be suspended without pay and the investigation of this incident was handed over to the District Attorney's office for possible criminal prosecution.

Even more tragic is the unseen consequence of this gang-like behavior. When inmates and gang members see cops acting like convicts, they tend to react to them like they do other convicts and gangsters. What little respect that might remain is lost. What little restraint that might have been practiced is loosed. The exercise of lawful authority becomes personal, vindictive and cause for retribution.

We've seen this type of behavior before, when Los Angeles cops partied with Suge Knight's thug security, when Rafael Perez and David Mack corrupted LAPD Rampart's C.R.A.S.H., and when prison guards get indicted along with their prison-gang associates.

Peer pressure can be negative or positive, especially among the ranks of hard-working cops. Don't wait for the brawl, internal investigation, or funeral to motivate you. Use positive peer pressure now to police ourselves and to nip this problem in the bud.