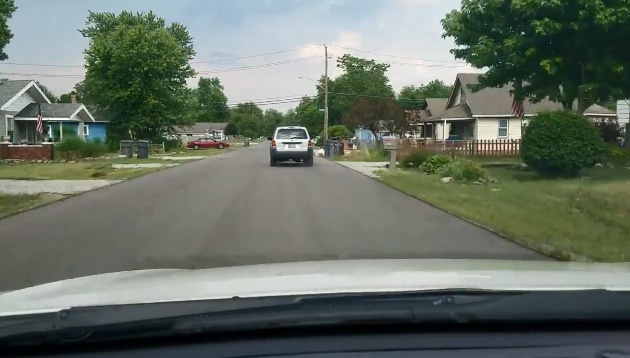 A video posted to theChive.com shows the first-person perspective of a civilian driver who witnessed the hit-and-run death of a female cyclist near the University of Indianapolis. That bystander subsequently got into a hair-raising pursuit of the suspected assailant, and he kept his cell phone video camera rolling throughout the event.

According to a report by Fox59-TV, the suspect is 20-year-old Omar Lopez, who eventually escaped the pursuing Good Samaritan by scaling a fence topped with barbed wire after he stopped and abandoned his vehicle.

A warrant has been issued for Lopez’s arrest.