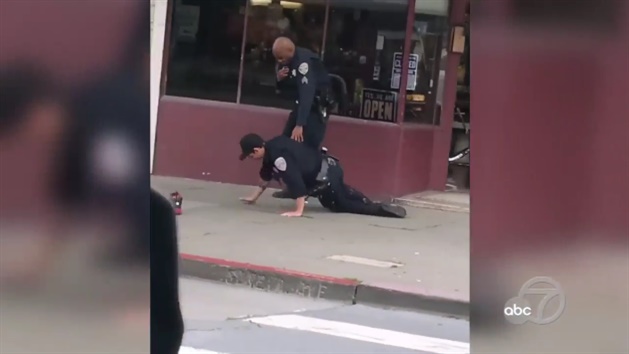 A suspect shot by San Francisco police in the city’s Excelsior neighborhood Wednesday in an exchange of gunfire that wounded a police officer and injured four other people, has died from his wounds, officials said Thursday.

The officer who struck is in fair condition. Doctors were removing the bullet from his leg this morning. The officer has been on the force for two years, ABC News reports.

The shooting erupted around 4:30 p.m. at the Amazon Barber shop at the corner of London Street and Geneva Avenue, where police were responding to a report of a man armed with a gun, officials said.

Police were called to the area by one of Eid’s family members, a source familiar with the investigation told SF Gate. When officers encountered the suspect, he fled into the barber shop and started shooting at police, authorities said.