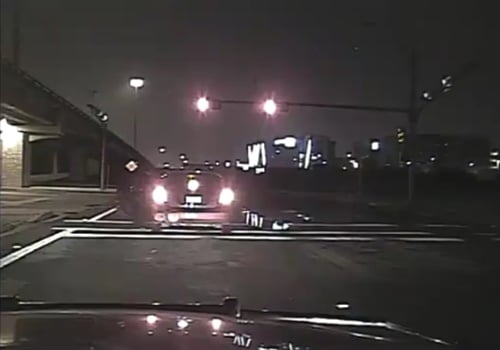 VIDEO: Man Accused of Dragging TX Deputy with His Car

A Round Rock, TX, man was arrested after officials say he dragged a Williamson County, TX, deputy with his car while fleeing from a traffic stop Wednesday morning.

Jonathan Nunnally, 22, was charged with aggravated assault against a public servant with a deadly weapon, a first-degree felony punishable by up to 99 years in prison, reports the Austin American-Statesman.

The female deputy, whose name was not released, was caught between the open driver's side door and the car, said Patricia Gutierrez, a spokeswoman for the Williamson County Sheriff's Office. The officer was not injured, Gutierrez said.

The deputy had stopped Nunnally at the intersection of Texas 45 and County Road 172 at 3 a.m. Wednesday because he had not moved through several changes of a traffic light, Gutierrez said.

A video tweeted Wednesday morning by Sheriff Robert Chody shows the deputy standing by Nunnally's vehicle asking him questions before he revs the car and drives away.

On Wednesday morning, Chody tweeted about the incident with Nunnally, saying a "highly intoxicated driver in possession of harmless marijuana and harmless cough syrup (sarcasm) nearly killed my deputies."

The sheriff said Wednesday that he was "advising people, specifically those who say drugs or alcohol are minor offenses.