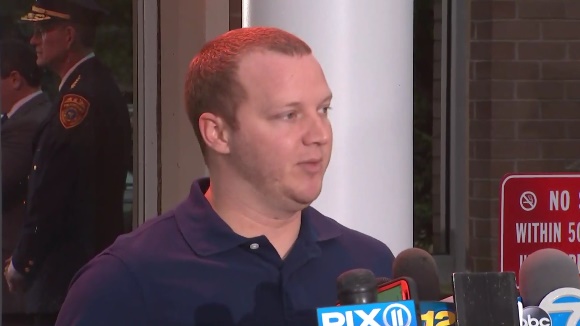 "He was a hero," Gov. Andrew Cuomo said at a news conference Wednesday.

Nash was reportedly out on a routine call on Tuesday afternoon when he and his partner were summoned to help with a student at nearby Stuyvesant High School who had indicated that he wanted to kill himself.

But after Saipov crashed his truck into a school bus and ran into the streets, the officers darted to the scene, coming face-to-face with Saipov, who was toting what appeared to be weapons. That's when Nash opened fire, shooting Saipov in the abdomen. Authorities later said Saipov was armed with a pellet gun and a paintball gun.