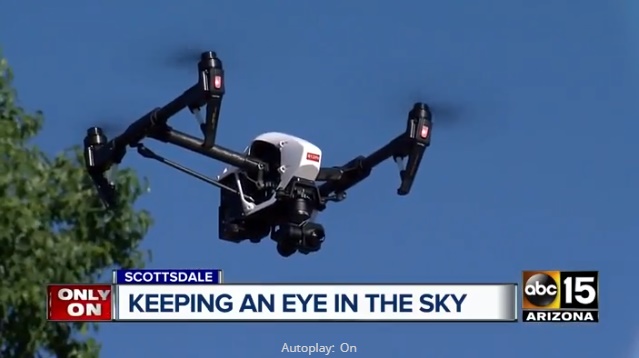 Scottsdale, AZ, Police used a drone to track down three missing kids who planned to run away after they left an after-school program, reports KNXV-TV.

The Scottsdale Police Department is one of the first in the area to get the drone program up and running and they hope to use their drones for more search and rescues in the future.

Sgt. Austen George, a longtime POLICE Magazine contributing writer and POLICE Advisory Board member, is one of five certified pilots with Scottsdale Police who operates the department's two drones.

"We had a report of some missing kids, younger kids from the community center here," said George.

"We were able to put two of our drones up," said George, "and within 15 to 20 minutes, with help from folks on the ground, we were able to find the kids."

The kids were safe. They were tracked down at a Chipotle restaurant about a mile away.

"Definitely put a smile on my face to know it was a success," said George.