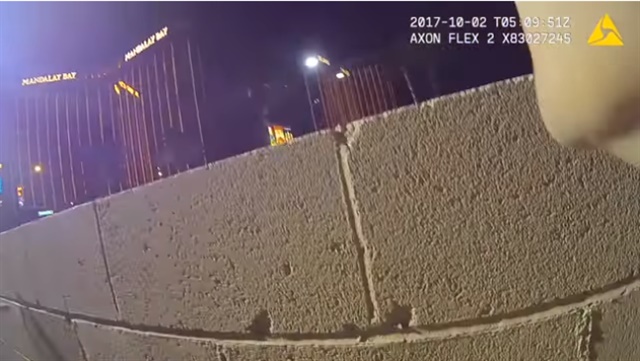 Las Vegas authorities released body camera footage from police officers trying to locate the source of the gunfire in Sunday’s mass shooting, which killed 59 people and injured more than 500 others.

In one scene, a handful of officers hunkering down behind a wall that faced the Mandalay Bay Resort, where the gunman (later identified as 64-year-old Stephen Paddock) was shooting from the 32nd floor.

Officers are seen and heard yelling at bystanders to get down as sirens and gunshots and sirens rang out in the distance.