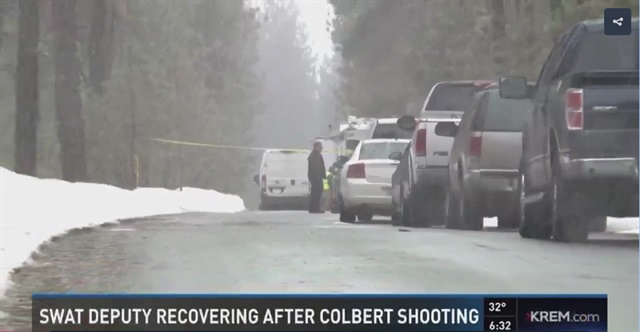 A Spokane County (WA) Sheriff's Office sergeant was wounded during a standoff in the town of Colbert Monday night; the suspect was killed.

Spokane County Sheriff Ozzie Knezovich said the SWAT team supervisor was shot in the shoulder. He is currently in stable condition at Sacred Heart Hospital.

The standoff started when deputies responded to a domestic violence call.

Negotiation failed to end the standoff and after some time, the suspect came outside and deputies fired non-lethal rounds at him.

The suspect went back inside the house and returned with a gun. Deputies and the suspect started exchanging fire, KREM TV reports.