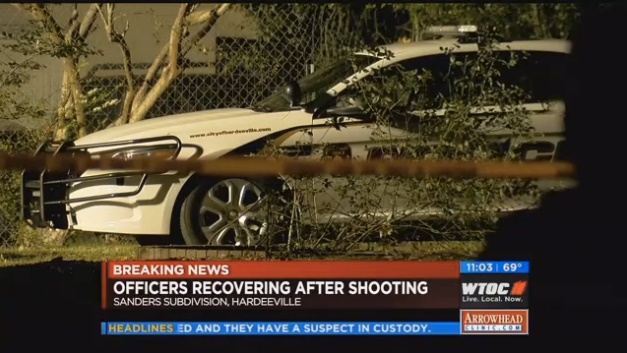 Two South Carolina officers were shot and wounded Thursday evening responding to a domestic dispute in Hardeeville. They returned fire and the suspect was killed.

According to the Jasper County Sheriff’s Office, law enforcement received a call about a domestic dispute situation involving a man shooting at a female, possibly his wife or girlfriend.

Both have been flown to Memorial Health in Savannah. Deputy Smith is alert and speaking. Officer Grant is critical but stable.

Both were wearing vests at the time of the shooting, WTOC TV reports.