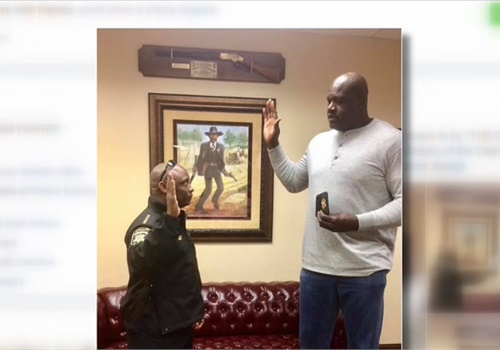 On Saturday, the Clayton County (GA) Sheriff's Office swore in their new offense to defend against crime, and it comes in the form of the 7-foot tall, former NBA star Shaquille O'Neal, reports WXIA.

"When Shaquille O' Neal raised his hands to be sworn in by 'THE CRIME FIGHTER,' he became the tallest deputy in the history of the Clayton County Sheriff's Office," the sheriff's office posted Saturday.

While it's still unclear in what capacity the newest deputy will serve the force, O'Neal was nevertheless welcomed to "the crime fighting family."