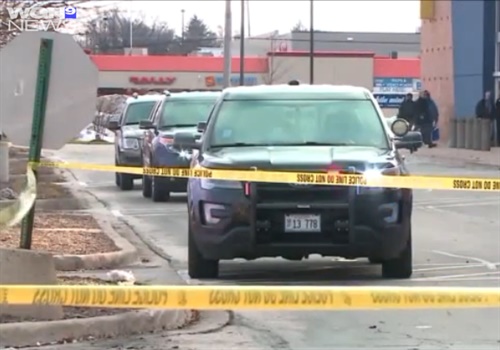 What started as a bank robbery attempt in North Riverside, IL, Tuesday spilled over to a neighboring Burlington Coat Factory where officers confronted and shot the suspect, but not before he tried to use an elderly customer as a shield, police say.

The trouble started at 12:28 p.m. Tuesday, when North Riverside officers responded to a bank robbery attempt at a TCF Bank inside a Jewel grocery store. When they arrived, officers approached a man walking away from the scene and ordered him to the ground. He refused, police say, removing an object from his pocket and pointing at them before running into a nearby Burlington Coat Factory. The store was open, and employees and staff and customers were present, with many were out shopping and observing the holidays.

"As officers closed in on the suspect he grabbed an elderly man and held him at knifepoint in an attempt to use him as a human shield. The man resisted and pulled away from the suspect enough to allow officers to discharge their firearms striking the offender," a police spokesman told WGN TV.