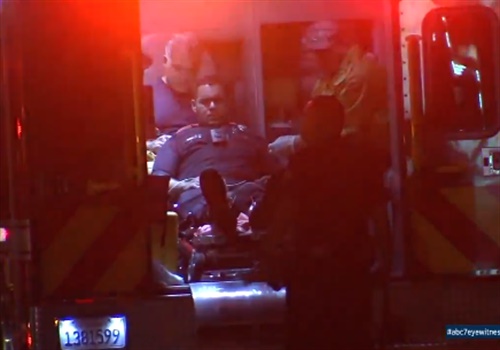 A suspect is dead and two police officers were rushed to the hospital Friday night after an officer-involved shooting in Boyle Heights, according to the Los Angeles Police Department.

The incident began when officers responded to reports of shots fired near 7th and Lorena streets at about 8:30 p.m., LAPD officials said.

One gang officer was hospitalized in serious but stable condition after he was shot in the shoulder, according to the LAPD. Police said a second officer was getting checked at the hospital for complaints of pain from an unknown injury, reports KABC-TV.