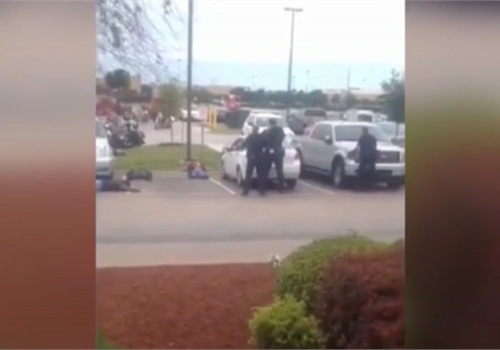 One day after a wild biker brawl and clash with police that left nine men dead, 18 wounded and about 170 under arrest for engaging in organized crime, this Central Texas town was still on guard, reports the Houston Chronicle.

A fight that broke out in the men's room and then quickly spilled into the bar area and parking lot turned deadly with rival bikers attacking each other and then squaring off against Waco Police who rushed inside the restaurant on the southern edge of the city.

As police rounded up the bikers and night soon fell, intelligence reports indicated that more bikers were on the way here and that officers had been "green lighted" - essentially a gang sanctioned call for killing - as retaliation.

"We are on high alert," Waco Police Sgt. Patrick Swanton said. "We encourage those individuals not to bring criminal activity to Waco. But let it be known, if they do, we are ready."