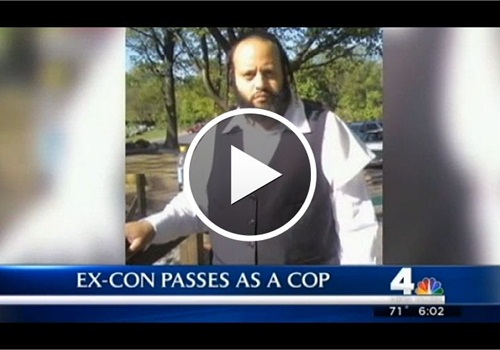 A former Brooklyn gang member who apparently became a Hasidic rabbi is facing dozens of charges after he allegedly posed as a law enforcement officer in a case that prosecutors call "one of the strangest" they've seen, reports NBC New York.

"It's bizarre, but it's still serious to us," said Brooklyn District Attorney Ken Thompson.

Roberto Eddy Santos was a member of the Latin Kings in the 1990s and served 10 years in Sing Sing for violent robberies. When he was released, he changed his name to Avroham Gross and assumed the identity of a rabbi. Pictures posted on social media show him interacting with members of the Hasidic Jewish community.

Authorities are looking into whether "this was really a genuine conversion or whether this was just a scheme to defraud," according to Thompson.

Gross is being more seriously investigated for pretending to be a law enforcement officer. Prosecutors say he used a fake badge and a other fake documents to pretend he was part of a non-existent state "child abuse prevention task force." He also tried to fool security when he attended hearings for a recent family court case.