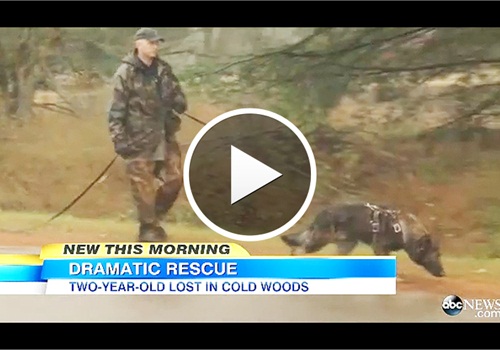 A 2-year-old girl was grinning ear to ear Thursday, wrapped in a blanket after being found in the woods 22 hours after she wandered away from her Michigan home.

Brooklyn Lynn Lilly wandered off while playing outside her home in Tawas City in the eastern part of the state near Lake Huron, ABC News reports.

Her neighbors and family feared the worst.

State troopers, deputies and firefighters scoured the area on foot, using ATVs, and in the air, until storms made their search even more cumbersome.