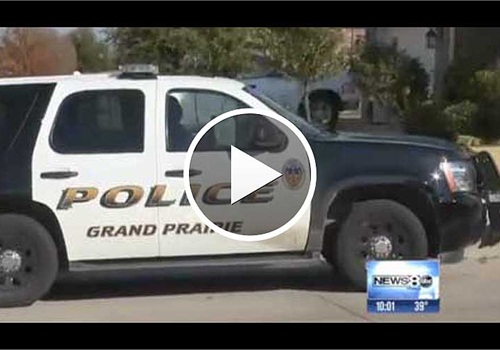 A Mansfield, Texas, teen who led Grand Prairie police on a nearly 10-hour manhunt after shooting at an officer at a traffic stop early Wednesday morning was pronounced dead after he was shot while walking into a neighborhood Christmas afternoon, police said.

"The suspect and only occupant jumped out of the vehicle and fired at the officer," said Grand Prairie Police Chief Steve Dye. "The officer returned fire." The officer was not injured. The suspect fled the scene on foot and a multi-agency manhunt ensued.

At about 2:10 p.m., Grand Prairie police located the suspect in the 600 block of East Seeton Road based on a tip from a neighbor who spotted the teen. The location was less than 1.5 miles from the spot where officers first attempted the traffic stop, WFAA TV reports.

"He was getting ready to walk into a neighborhood, where we were afraid he would do more harm," Dye  said of what officers found upon their arrival. "So, unfortunately, one of our officers had to shoot him one time." Two officers were struck and suffered non-life-threatening injuries when the suspect returned fire. Officers at the scene shot back. The suspect was pronounced dead at the hospital.