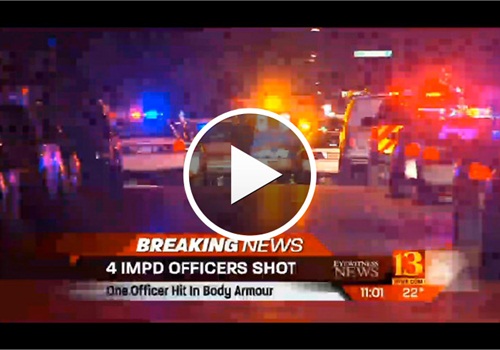 Four Indianapolis Metro Police officers were shot Wednesday while serving a drug warrant on the near southeast side of Indianapolis. The suspect who fired on the officers was killed.

The officers exchanged gunfire with 27-year-old Andrew Sizemore around 7:30 p.m. near South State Avenue and Minnesota Street. Police were acting on a tip about criminal drug activity on the city's southeast side, WTHR reports.

"They were serving a warrant on a house known to sell drugs to the neighborhood," said IMPD Chief Rick Hite.

Police say bulletproof vests saved the lives of the officers.