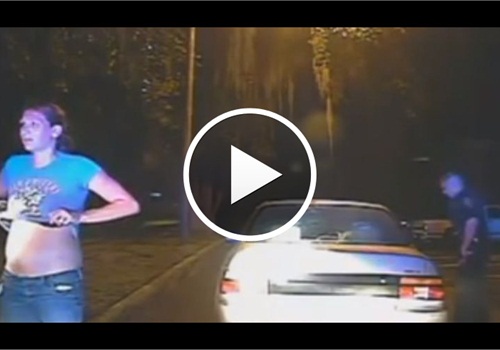 The Lakeland (Fla.) Police officer who told a woman to shake out her bra for drugs received a one-day suspension, the agency announced Wednesday.

Officer Fetz was suspended for misuse of recording equipment for failing to activate his agency-issued microphone. Agency documents had characterized the search as consenual, reports the Lakeland Ledger.

Officer Fetz pulled over Zoe Brugger and her boyfriend Larry Fields on May 21 because the couple's vehicle had only one functioning headlight. The officer searched the vehicle and asked Brugger to exit the vehicle. He twice asked Brugger to pull her bra forward to release any possible weapons or contraband.