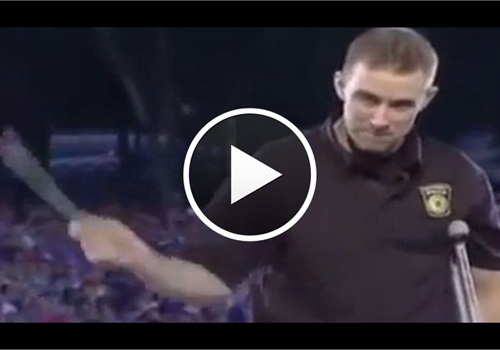 MBTA Officer Dick Donohue, who was wounded in the Boston Marathon bombing manhunt, led the Boston Pops on Fourth of July for their rendition of the Dropkick Murphys' song, "I'm Shipping Up To Boston."

Donohue came onto the stage Thursday, after an introduction by Keith Lockhart, conductor of the Boston Pops Orchestra. Lockhart praised first responders and their response to the Boston Marathon bombing.

With conductor's wand in hand, Donohue then led the orchestra in a rousing rendition of the song. Donohue, joined on stage by his wife, thanked the crowd as well as fellow police responders who gave him trauma care after he was critically wounded during the manhunt.