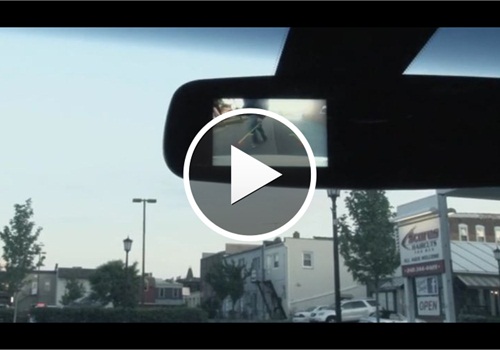 Ford has added a new technology called "surveillance mode" to its 2014 Ford Police Interceptor sedan and P.I. Utility that alerts an officer when a pedestrian approaches the vehicle from behind to heighten the officer's tactical awareness.

Ford collaborated with InterMotive Inc. to develop the new technology, which uses existing driver-assist technologies in its police vehicles, including a backup camera, a cross-traffic alert, and reverse-park assist. When an officer activates the system in a vehicle in park mode, these driver assist systems monitor the area to the rear of the vehicle and alert the officer with a chime and by displaying what's behind the vehicle on the backup camera display in the cabin. The system also rolls up the windows and locks the vehicle's doors in order to give an officer inside the vehicle more time to assess the situation.

The officer can deactivate the system in an area with so many pedestrians that the system would be constantly alerting the officer.

The concept is patent-pending and came from Randy Freiburger, Ford's police and ambulance fleet supervisor. He spent hours riding with police officers and saw what officers dealt with during routine patrols and investigations, according to Ford.

The system costs $248.33 as a stand-alone option or $75 when selected as part of a group of other options, Ford's Chris Terry told Government Fleet. Ford doesn't actually make or install the system but that government entities with police vehicles can order the system through Ford. The system can be installed at Crown, a facility near Ford's Chicago assembly plant, or by area upfitters.