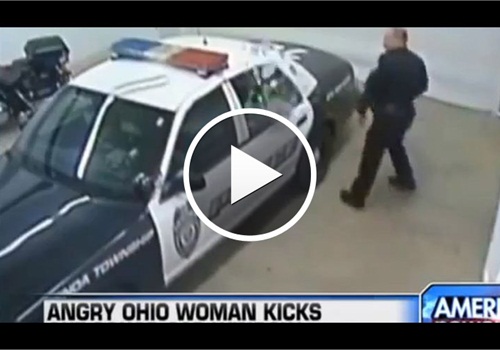 An intoxicated Ohio woman is facing felony charges after she kicked out the window of a Genoa Township Police cruiser, showering an officer with glass.

Ashlie Tesi was charged last week, following the Jan. 29 incident that began after officers responded because Tesi punched her mother in the face. Officers took Tesi into custody, and drove her into a vehicle bay.

Police surveillance cameras then captured the outburst of Tesi kicking out the cruiser's left rear window and shattering the officer with glass. Tesi kept kicking and damaging the cruiser.

Police say Tesi was intoxicated, a claim disputed by her father, reports WBNS.