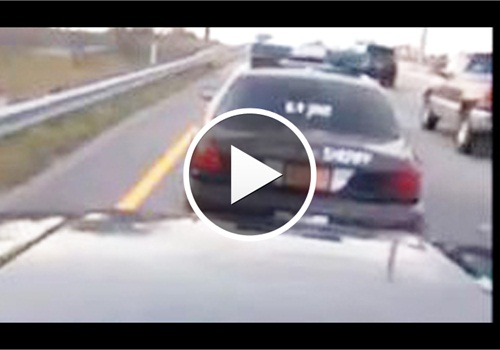 Deputy Culpepper was returning from K-9 training in North Charleston, S.C., when he encountered Chad Walton, who was driving a truck with a dashboard-mounted camera.

Walton posted a clip on YouTube showing Deputy Walton cutting him off and brake-checking him. Walton struck the deputy's cruiser and called 911.

Deputy Culpepper told WWAY he was baited by Walton. "I fell for it hook, line and sinker," he said.

Sheriff Ed Brown told Deputy Culpepper he could remain with the agency as a corrections officer, but the deputy declined, reports WCIV.