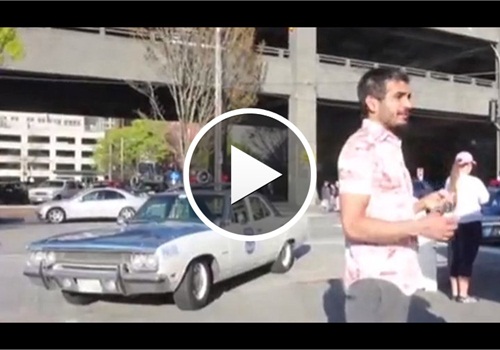 Veteran Seattle Police Officer Jim Ritter responds to calls downtown not in a Crown Vic or any of the new wave of patrol cars. He prefers a restored 1970 Plymouth Satellite.

The cruiser is part of the Seattle Metropolitan Police Museum, a non-profit that Ritter founded In 1997. Ritter and volunteers have 14 vintage police cars. They have restored six vehicles for the King County Sheriff's Office, Washington State Patrol and the Seattle Police Department, and are in the process of fixing up another eight, which includes a 1979 Dodge Aspen.

Ritter uses the Plymouth as his everyday cruiser under a special agreement with the Seattle PD, reports the Associated Press.