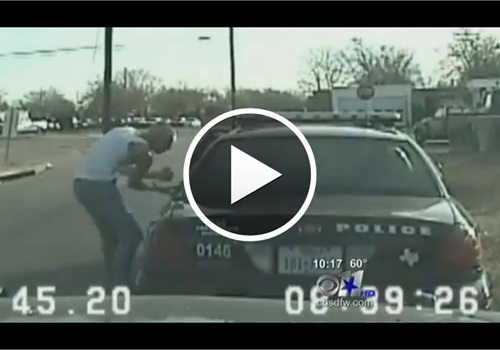 A handcuffed burglary suspect escaped from the rear of a White Settlement (Texas) Police cruiser and took the vehicle on a joyride captured by the dashboard camera.

Police arrested Darren Porter, 41, as a suspect in the burglary of an antique store in the town near Fort Worth. He was placed in the back of a police car. Porter then rolled down the window, exited the vehicle, and climbed behind the wheel.

The cruiser's dashboard camera then captures the ride as Porter spins out and drives erratically while attempting to escape. Police located the abandoned car near an apartment building. Porter remained at large on Monday, reports NBC DFW.