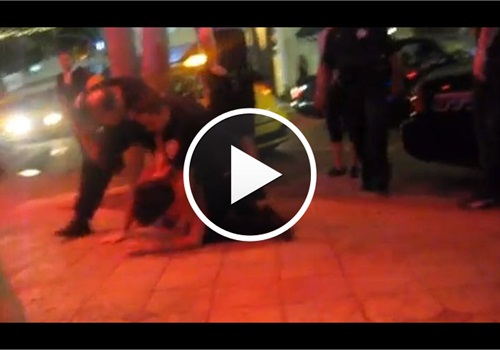 West Palm Beach (Fla.) Police officers can be seen kicking and punching a man outside a nightclub in a cellphone video posted to YouTube.

In the video, which also contains anti-police commentary, one officer can be seen kicking the subject in the head. The officer then attempts to handcuff the unidentified man, who can be seen resisting arrest.

The officer then punches the man with his TASER, but doesn't deploy the stun gun. Eventually, the man is taken into custody.

The video was provided to New Times. The agency hasn't responded to their requests for comment about the incident.