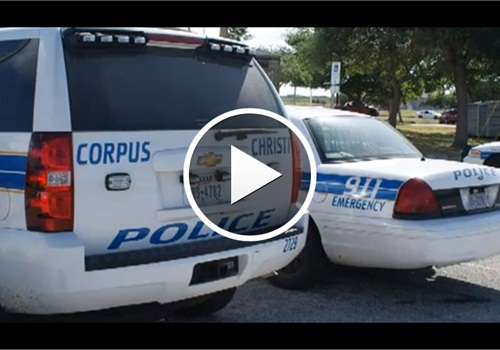 The city of Corpus Christi, Texas, recently explained its switch from Ford Crown Victoria police sedans to Chevrolet Tahoe PPVs via a City Council television program that was posted to YouTube.

The city began airing two new segments, "City News Waves" and "Council 360," in  December, reports KEDT. Produced by the city's public relations office, the videos will be used to show council discussion along with explanations for decisions made by City Council.

In the first Council 360 video, Corpus Christi Police Chief Floyd Simpson explained, "We understand the $907 difference per car…results to about $17,000 (we're asking to purchase 19). But we think we're going to get more use…and drive that car longer."

Chief Simpson explained that a sedan would typically be used about 100,000 miles before the agency considers replacement, while with the Tahoe, the department believes it can keep it for at least 125,000 miles. He added that the Tahoe comes with a five-year, 100,000-mile warranty, whereas the sedans come with a three-year, 36,000-mile warranty.

"We believe that by purchasing the Tahoes, it's going to be a better purchase," Simpson concluded.