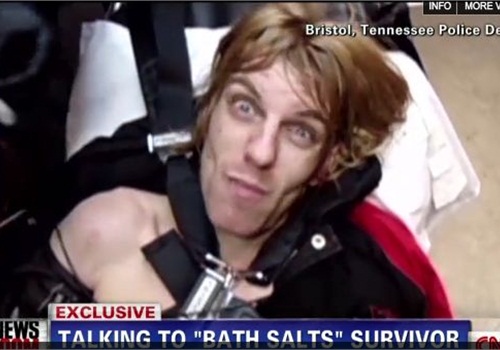 Officers who confront a subject under the influence of bath salts must approach with caution. However, several doctors interviewed by POLICE Magazine offered suggestions for dealing with this emerging threat.

While toxicology reports must still be completed, a Miami Police official believes Rudy Eugene was under the influence of bath salts when he attacked Ronald Poppo on May 26. A stripped-naked Eugene growled at the responding officer, and wasn't fazed by the first bullet that struck him. The officer fired five rounds, killing Eugene.

A subject under the influence of bath salts poses a similar problem as PCP (a.k.a. angel dust) did in its 1980s heyday—a problem not easily solved with the tools officers have on hand. Less-lethal tools such as pepper spray or a baton are nearly useless, doctors said.

"Talking rarely calms the situation and the use of blunt force may not slow them down," said Sydney Vail, a trauma doctor and director of Arizona DPS SWAT tactical medicine. "O.C. spray may likely be ineffective as well."

The potent mixture, which is sold on the Internet and in head shops, has the hallucinatory effect of LSD and stimulates users like amphetamine, said Dr. Jeffrey Ho, an ER physician and Meeker County (Minn.) Sheriff's Office reserve deputy.

"It makes people unable to understand what's going on around them," Ho told POLICE Magazine. "It makes them paranoid. And it makes them impervious to painful stimuli."

While many of the tools on an officer's duty belt won't modify the behavior of a bath salts user, an effective TASER shot should handle the situation, said Ho. TASER probes spread at least 14 inches apart should disable the subject's muscles even if the person continues to hallucinate.

In addition to providing back-up units, law enforcement agencies should advise dispatchers to send paramedics to the scene after a report of a subject exhibiting behaviors such as tearing off clothing, growling, acting non-communicative, or appearing to have super-human strength.

"You want to make this person a medical professional's problem," said Ho. "You don't want to make that person a law enforcement problem. You need to get them under control as soon as possible and get them to a hospital."

Ho suggests controlling a subject's limbs rather than putting pressure on a person's upper body, which can block circulation and breathing.

Paramedics may be your best allies for ending this threat. EMTs are often trained to administer an injection of ketamine, a potent tranquilizer often used on horses and other animals.