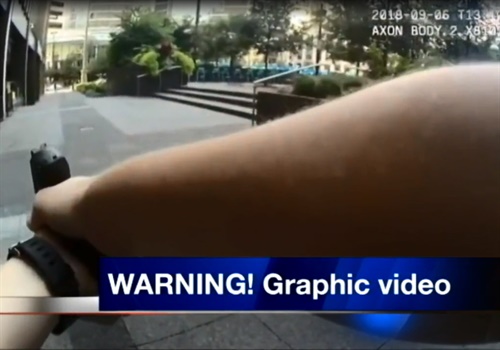 Arriving just minutes after the incident began, the officers rapidly approached the sound of the gunfire, finding the shooter and neutralizing the threat.

Cincinnati Mayor John Cranley said, "The heroism of these officers is truly remarkable. You can see in the video...the guy shooting at the cops, and them not being afraid and engaging to end it," according to WHIO-TV.