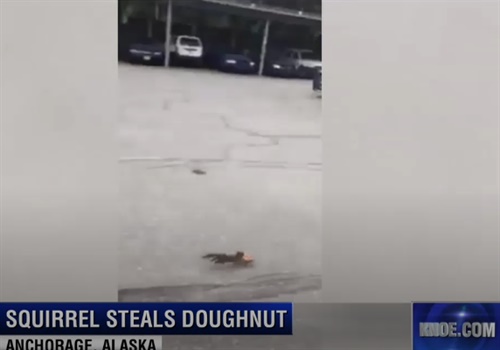 The Anchorage Police Department posted a video online of a squirrel shown against a backdrop of police cruisers allegedly running off with an officer's donut, reports KNOE. The Department said it was on the lookout for the pastry thief.