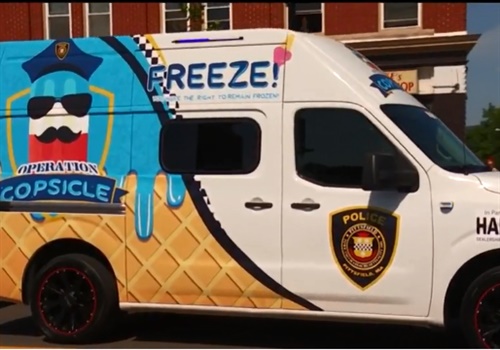 The Pittsfield (MA) Police Department recently purchased their own ice cream truck so they can give away ice cream and "copsicles" to the community.

Pittsfield Officer Darren Derby first got the idea to obtain an ice cream truck for the department after he read about officers doing something similar in places like Boston and St. Louis, according to Good News Network.

Officer Derby told WNYT-TV, "I look at it as another tool to create a relationship, building trust in the community not just with the kids, but with the adults. They can say, 'Hey, you know what? The police really can have fun. They're not serious all the time.' They realize there is something behind the badge, there's a heart, there's love, there's a connection to everybody. We live in this community. Our children grew up here, we grew up here."

Derby and a fellow officer have reportedly built basketball courts and given away free toys in the past.