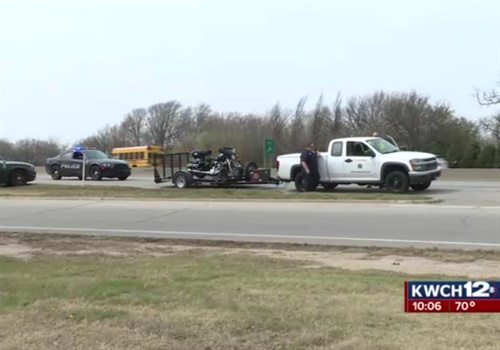 A Wichita, KS, motor officer is in serious condition following a crash in traffic Wednesday.

"Her humor is still intact and she joked speeders will be happy she's out of service for awhile," Ramsay posted on social media Thursday.

Wichita police say as traffic approached a construction zone, drivers started to suddenly brake. To avoid hitting the truck in front of her, the officer used a defensive move and laid down her motorcycle, but in doing so she clipped the vehicle. Police say she is an experienced rider.