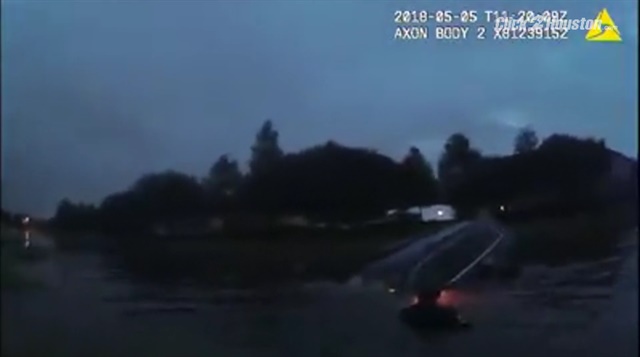 Sugar Land, TX, police released body cam video of a driver being rescued by officers after crashing into a lake over the weekend.

Witnesses called 911 around 6:30 a.m. Saturday after seeing a vehicle jump the curb near the intersection and crash into the lake, a few hundred feet offshore.

Three Sugar Land police officers jumped into the lake, smashed out a window and pulled the woman to safety.

The vehicle then sank below the surface, Click2Houston reports.

The lake is home to alligators and snakes, police said.